skip to main | skip to sidebar

Lucienne Diver is a super-star agent and writer. We're honored that she stopped by today.

How Novels are like Children
- You give birth to the idea. It’s shiny and new, so beautiful you can’t look away.
- You’re responsible for its nurturing and development. Without your time, attention, love and support it will never reach maturity.
- Inevitably, there will be crap. You clean all that away when you revise, rewrite, polish .
- It hurts like h-e-double-hockey-sticks when someone criticizes your baby.
- Any accolades are a source of immense pride.
- Your baby will have other influences, like educators who come in the form of teachers, critique partners, agents and editors.
- No matter what your plans are for them, they’re likely to frustrate you by going off in unanticipated directions.
- Ultimately, you get very little say in what they wear (wardrobe/cover—same difference).
- Eventually, you have to let your child off into the world and to succeed or fail on his or her own. In book terms, this is called the submission process.

How Novels are Different than Children
-They won’t hit you up for college funds, though networking at conventions, hiring a publicist, etc. may cost you just as much.
-They won’t move back in with you. Oh, wait…that’s called rights reversion.
-Unlike children, you can get them to open up to you anytime. And you can read them like—look at that!—a book.
-They’re much more translatable—French, Polish, Hungarian, as opposed to text and teen speak. (OMG, BFF, LMAO.)
-They’re easier to keep track of. You can put them on a shelf and they’ll stay there. Authorities tend to frown on that when you do it with children. (Have to give my husband credit for this one.)

Of course, novels also won’t cuddle up to you, melt your heart, give you bouquets of weeds and call them flowers, and make you watch really bad movies, like Transformers 2. But a new release is every bit as nerve-wracking as sending your child off to school for the first time. You can’t be there to protect him from teasing and other forms of torment. You can’t hold his hand, explain, apologize, or otherwise ease the way. You have to let go. And never let them see you panic.

Congratulations on your new baby! :)

Thank you so much! (Beaming like a proud mama....)

Jon at The Forum 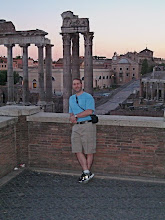